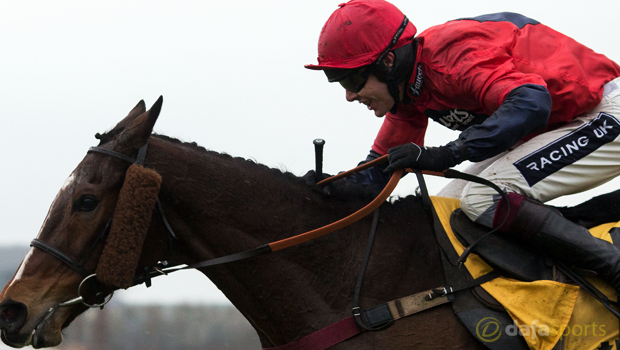 The Venetia Williams-trained Houblon Des Obeaux threw his hat into the ring for the Aintree Grand National with a powerful performance at Newbury in the Denman Chase.

The nine-year-old put his career back on track after a string of below-par efforts as he sauntered to a wide-margin success in the Grade Two event under jockey Aidan Coleman.

Houblon Des Obeaux took up the running some way out, pulling steadily clear as the challengers failed to land any sort of blow in the straight and he went on to win by a huge margin.

Coleman felt it was a real sign that the horse retains all his ability after admitting he had his doubts earlier in the season.

“This horse has run so many great, tough races in his career that I had a feeling this year he might be past his best,” he said, “but he’s back better than ever, which is good.”

Williams trained Mon Mome to win the Grand National at Aintree in 2009 and she has hinted the weights for the big race will play a significant part in whether or not Houblon Des Obeaux heads to the Merseyside venue in April.

One place she is not intending on being is at the Cheltenham Festival next month as she feels her charge is not suited by the track.

“We’ve never seen the best of him over fences at Cheltenham.
Cheltenham is a unique test, and he just doesn’t get into a good rhythm there. Whatever we do we won’t be going there,” said Williams.

“He’s entered at Aintree, but I imagine the handicapper will have his say.”

After his Newbury romp, Houblon Des Obeaux is now 12.00 to win the Grand National while last year’s winner Many Clouds is 13.00 to repeat his success.