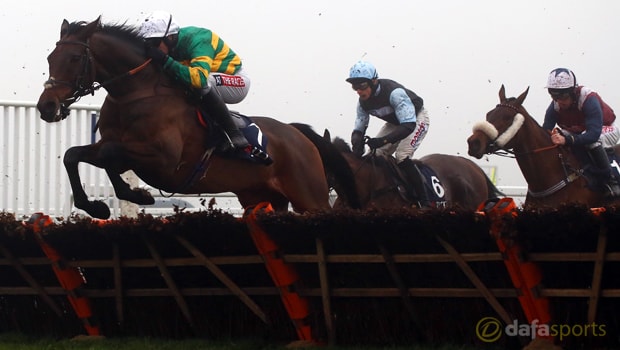 Unowhatimeanharry put himself top of the stayers’ hurdle class with a seventh straight success for trainer Harry Fry in Ascot’s Long Walk Hurdle over the weekend.

Now owned by JP McManus, Unowhatimeanharry will have the World Hurdle as his ultimate target this season. Barry Geraghty was in the plate on Saturday and he rode a patient race on the favourite.

The pace was set by champion jockey Richard Johnson on Ballyoptic along with three-time Long Walk winner Reve De Sivola.

He appeared set to have his mettle tested by Ballyoptic as they jumped the final flight but Nigel Twiston-Davies’ charge came down on landing leaving Geraghty with the race at his mercy.

“He’s very good, but he only does as much as he has to. He probably has a little more class than he lets on.”

Unowhatimeanharry is now 3.50 to win the World Hurdle at Cheltenham while Ballyoptic is 17.00 and Lil Rockerfeller is 15.00.

Fry confirmed that is the big target with next month’s Cleeve Hurdle at Cheltenham likely to be a stepping stone towards the festival.

The trainer is both surprised and delighted in equal measure at how much the eight-year-old has shown since joining his string last year.

“It is extraordinary. You could not ever hope for this or predicted it, but that’s what brilliant about National Hunt racing,” he said.

“Sometimes these horses come along and they just keep finding. He is just progressing unbelievably and hopefully long may it continue.”