Emma Lavelle: No walk in the Park tackling Faugheen 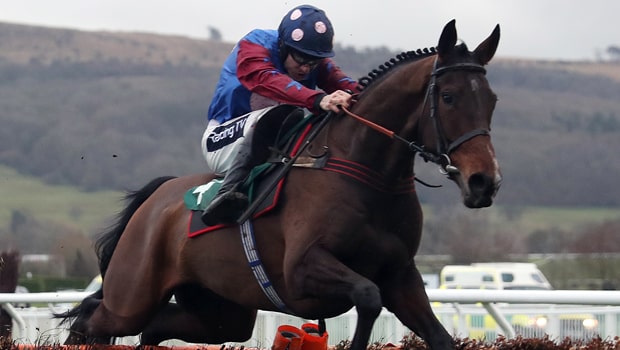 Paisley Park has shot up through the ranks this season in Britain but will be tacking the best from Ireland for the first time at Cheltenham.

After winning handicaps at Aintree and Haydock early in the term, Paisley Park announced his arrival on the big stage by winning the Grade One Long Walk Hurdle at Ascot in December.

He backed that up with a wide-margin success on Cheltenham Trials Day when he took the Cleeve Hurdle and goes to the Festival with a strong chance of Championship-race glory. With just nine starts under his belt, the seven-year-old remains lightly-raced and Lavelle says his preparation has gone to plan.

“Touch wood it has been great,” she said. “You keep pinching yourself it will stay like that.

“In each race he has got progressively better. It’s the stuff that dreams are made of and you are kind of just hoping can we last a little bit longer.”

Paisley Park was well beaten in the Albert Bartlett at the Festival last March. Lavelle feels a combination of first-time headgear and inexperience may have undermined him.

“I put a visor on him for Cheltenham for the first time at the races. Over three-miles on heavy ground he was far too keen.

I also don’t think he was mentally or physically ready for Cheltenham at that point. He probably wasn’t 100 per-cent and it all went pear-shaped,” she added.

Faugheen was brilliant when scoring over three-miles at Punchestown last season and the former Champion Hurdler rates a big danger to Paisley Park, says his trainer.

“Faugheen has been such a special horse for such a long time,” said Lavelle.

“We’ve got age on our side, but he’s got experience and if he runs as well as he did at Punchestown [last season] he’s definitely going to put it up to us.”

Paisley Park is 2.63 favourite to win the Stayers’ Hurdle on March 14, while Faugheen is 5.00 to score for Willie Mullins.