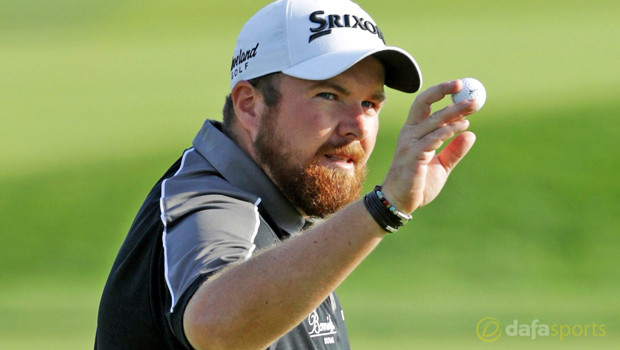 Shane Lowry admits he feels good about his game after claiming a two-shot lead at the US Open before the third round was suspended for bad light.

Five players held the lead on day three of the tournament but Lowry finished on top before the conditions deteriorated and the leaders were forced to wait until Sunday to complete their third round.

The Irishman, 3.50 to win the event, currently leads the field on five-under par, but he still has four holes of his third round to complete.

South African Branden Grace currently holds the clubhouse lead on one-under par after an outstanding 66, but a number of players still have a chance of victory.

World No.624 Andrew Landry trails Lowry by just two shots and he sits in second, one shot in front of Lee Westwood, Sergio Garcia and Dustin Johnson who are all tied in third.

Grace lies in sixth, while American Scott Piercy is alone in seventh on evens, one shot in-front of Jason Day who enjoyed a round off 66 to move 37 places up the leaderboard.

Although the pressure is on, Lowry insists his game is strong at the minute and he is feeling relaxed going into his final 22 holes. “I said to my dad on the way in here, I definitely felt very comfortable out there,”

he said. “I knew the putt I had on seven was to take the lead on my own, which is, you know, it’s nice. So I’m quite aware of what’s going on around me.

“But yes, my game is good. I feel very comfortable out there. Quite happy that we didn’t have another four holes to play.
It’s been a long day.