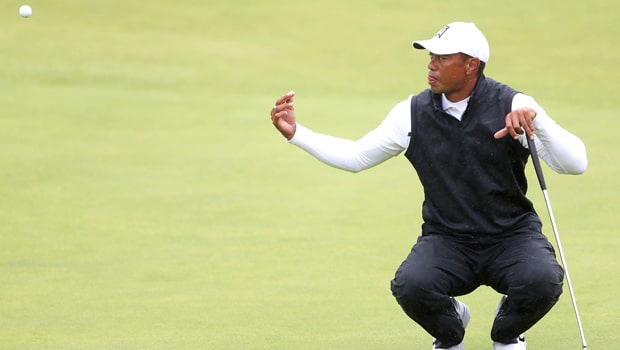 Tiger Woods is focused on trying to win this week’s BMW Championship and will let the rest take care of itself.

The Masters champion needs a high finish at Medinah to stand any chance of advancing to the FedEx Cup finale as only the top-30 players in the points list will tee it up at East Lake in seven days’ time.

The 15-time major champion was 28th in the standings heading into last week’s Northern Trust but slipped to 38th after withdrawing from the tournament after just one round due to injury.

It seemed touch and go as to whether he would make it to Illinois but, with the defence of his Tour Championship title now on the line, he will give it a go at the venue of the famous 2012 Ryder Cup.

The calculators will be out during the four rounds as players rise and fall in the points list with every hole but for Woods, it is all about lifting the trophy.

“And hopefully, I can make that happen.” Woods is priced at 41.00 to win the event, with fellow American Brooks Koepka tied with Rory McIlroy at 9.00 at the top of the market.

One subplot to the tournament is how the members of the 2012 European Ryder Cup team get on after they fought back from the brink to down USA and retain the trophy. Ian Pouter was one of the starts of Jose Maria Olazabal’s team on that occasion and, like Woods, he is outside the top 30 and must rise from 43rd to move on to Georgia.