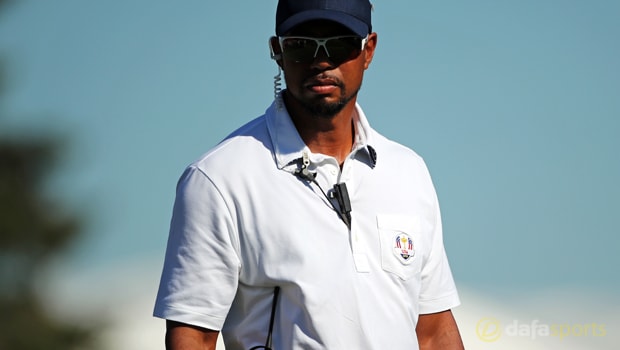 Tiger Woods is targeting a winning return as he prepares to play his first tournament in 15 months at this week’s Hero World Challenge.

The 14-time major winner has been sidelined with a back problem that has required two separate operations, meaning his last PGA Tour appearance was at the Wyndham Championship in August 2015, an event where he secured a top-10 finish.

The 40-year-old’s extended absence means he has slumped to 898th in the world rankings, with his last tournament success coming at the Bridgestone Invitational over three years ago.

However, Woods will return to action at the Hero World Challenge, an event he hosts, and insists he is not just entering the 18-man tournament to make up the numbers, as he believes he has an opportunity to secure glory.

I haven’t played in a while. “But, hey, I’m going to give it my best. I’m going to be focused, I’m going to do what I can do and put the ball in the correct spots, give myself looks and try to bury these putts and post scores, and get myself in that mix come Sunday afternoon.”

The American has a good pedigree at the event, emerging victorious on five previous occasions, although he is under no illusions over the challenge that awaits him in the Bahamas.

He added: “I know that is a tall order because I have been away from the game for so long and I’ve made a lot of different changes in my game, but the mind-set is still the same.”

Woods is 34.00 to make a winning return to the PGA Tour while he is on offer at 23.00 to be leading after the first round at Albany, New Providence.