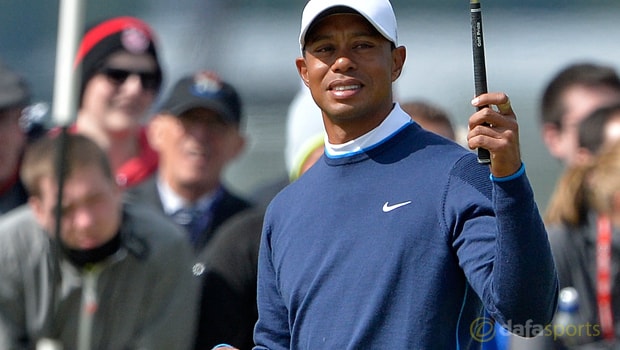 American Tiger Woods insists he needs to be aggressive during the early stages of his second round at The Players Championship after signing for a round of 72 on day one.

Woods, 81.00 to win, will start Friday’s round in a share of 69th after a poor start cost him dearly at TPC Sawgrass.

The two-time champion scored better than playing partners Phil Mickelson and Rickie Fowler but he was still frustrated by the mistakes he made.

Woods struggled with his swing early on but eventually found his rhythm to make sure he has a chance ahead of cut day.

Webb Simpson, Dustin Johnson, Alex Noren, Chesson Hadley, Matt Kuchar and Patrick Cantlay are all tied in the lead on six-under and Woods admits he needs to be aggressive.

“I felt like today the way I was hitting the golf ball, especially toward the back nine, that I felt like I should have shot something in the 60s, but didn’t do it,” Woods told reporters.

“It was nice to turn it completely around there at nine, but I had two par-fives on the back nine and could have played those under par.

“A lot of guys were under par, a bunch of guys in the 60s today, and it was playing a little bit on the softer side, and with this heat, even the wind picked up, with this heat the ball’s flying forever.

“We have to go out there and tear this place apart early on Friday. We’ve got to be aggressive and go low.

This golf course is playing a little bit on the easier side, there’s too many guys out there that are playing really well and going low, and my responsibility was to go low and shoot something in the red.”