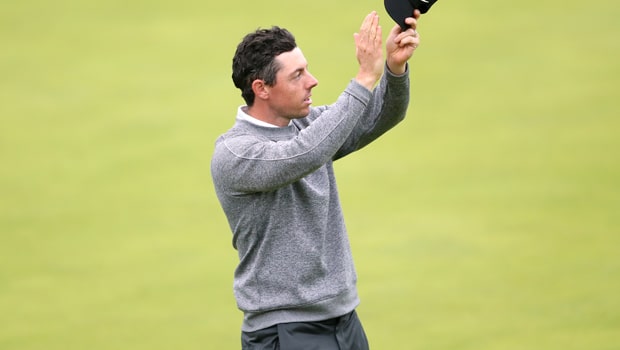 Rory McIlroy says he achieved both of his goals at the Tour Championship – shooting the lowest score and winning the tournament.

Under the new staggered start system used this year, the Northern Irishman started on -5 leaving him five shots off the pace before his first round had began.

McIlroy claimed the tournament with a 72-hole score of 267, leaving him on -18 and four shots ahead of his closest challenger Xander Schauffele, with Brooks Koepka and Justin Thomas a shot further back.

“My goal was to go and win, not the normal tournament, but win by even strokes, right? So if everyone started on even this week, my goal was to just shoot the lowest score of the week,” he told reporters.

“I think with that birdie on the last, I did that. That’s why I was still concentrating on it.

“It looked like it was a three-horse race between Xander, Brooks and I, and then in the middle of the back nine, it was just Xander, and I was able to separate myself. But it’s tough coming in.

“You know, such a cool way to end what has been for me a great season. I’ll look back on this season, and there’s been a lot of good things that I’ve done, and try to improve for next year again.”