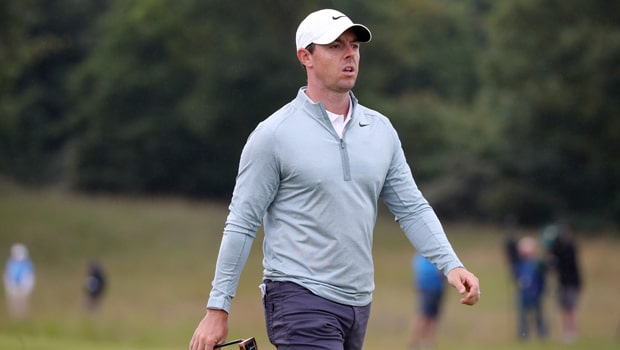 Rory McIlroy admits his chances of winning this year’s Open Championship on home soil are all but over after he carded a shocking eight-over-par score of 79 during his opening round.

The Northern Irishman came into this year’s tournament at Royal Portrush as the favourite to lift the Claret Jug for the second time, but he endured a nightmare start, as he sent his opening tee shot out of bounds at the first before eventually signing for a quadruple bogey eight.

McIlroy, who is now priced at 201.00 to win The Open, went on to drop another shot at the third, with nerves seemingly effecting his game, but he was able to stabilise things from there by registering birdies at the seventh and ninth.

However, the world number three, who has finished in the top-five on his last four Open appearances, produced a three-putt double-bogey from less than six feet at the 16th, before closing with a triple-bogey at the last to equal his worst ever opening round score at The Open.

It was also the 30-year-old’s worst opening round of the year by four shots and he admits his hopes of winning a fifth major title are all but over, as he ended day one 12 strokes behind leader J. B. Holmes.

“It’s just one of those days,” McIlroy told Sky Sports. “I didn’t hit it well enough, I didn’t hit it in the right positions and put myself behind the eight-ball from the start.

“I thought if I could have got home in two over for the day I would’ve still been in the tournament, but the finish sort of derailed that. It was a tough day, a rough start and a rough finish and it added up to a pretty dreadful score.”