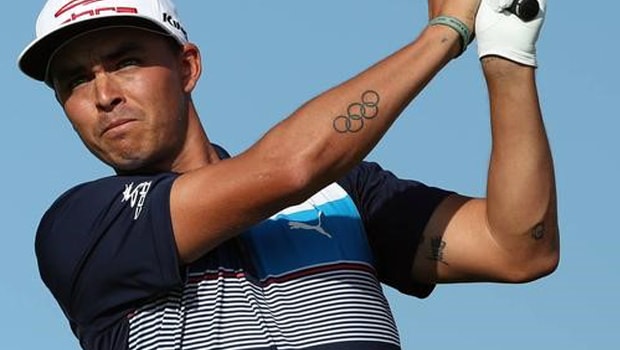 Rickie Fowler produced a superb round of 65 to give himself a four-shot lead going into the final round of the Honda Classic on Sunday.

Fowler, the 1.36 favourite to win the title, looks set to win on the PGA Tour again for the first time in 18 months as he moved on to 13-under par at Palm Beach Gardens.

England’s Tyrrell Hatton, 9.50 to win the tournament, is his closest challenger on nine-under par and he sits two clear of the chasing pack.

Emiliano Grillo, Sean O’Hair, Gary Woodland, Martin Kaymer and Wesley Bryan are all tied for third ahead of the final 18 holes.

Fowler made no mistakes throughout his third round, securing birdies at the third, seventh and ninth holes on the front nine. He had to wait until the 16th to pick up another birdie before firing another at the last.

The world No.14, whose last win was the Deutsche Bank Championship in September 2015, will be looking to keep his composure on Sunday and admits he needed to do more after a poor 2016.

I would have liked to have been in contention a lot more. … But it was an awesome year, being able to make the memories that we did with the team events, from the Olympics to the Ryder Cup, and finally getting a win there, to Jimmy (Walker) and I getting to go down to Australia and playing the World Cup.

“I definitely need to put myself in this position more often, which is just going to lead to me winning more often.”