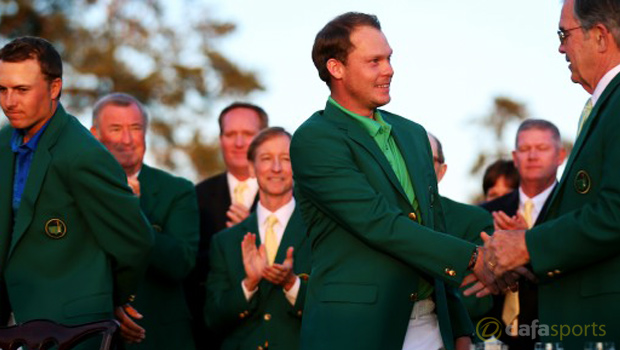 Danny Willett capped what he described as a ‘crazy’ week by securing glory at the 2016 Masters in Augusta.

The 28-year-old carded a superb final round of 67 on Sunday to finish the tournament on five-under-par and claim his first ever major championship.

The new world number nine began the day three shots behind overnight leader Jordan Spieth and that gap was extended further as the defending champion was four-under for his round after his opening nine holes.

However, that lead soon evaporated as Spieth carded back-to-back bogies at 10 and 11, before twice finding the water on his way to a quadruple bogey seven at the par three 12th.

Spieth’s capitulation opened the door to the rest of the field and it was Willett who was able to capitalise, as he became only the second Englishman, and first since Sir Nick Faldo in 1996, to claim the Masters title.

The Yorkshireman, who was the last player to arrive at Augusta this week following the birth of his first child, believes fate may have played some part in his success.

He told reporters: “It was a very surreal day when you look back at the ebbs and flows and we were fortunate that the shots we hit were correct at the time and we holed a few putts when we needed to.

“My wife was born, in 10 minutes time, 28 years ago; my son was due today and he came early to let me come and play so you talk about fate and everything else that goes with it. It has been a crazy, crazy week.”

Willett will now be hoping to enjoy further successes this season and he is available at 26.00 to win this year’s Open Championship at Royal Troon.