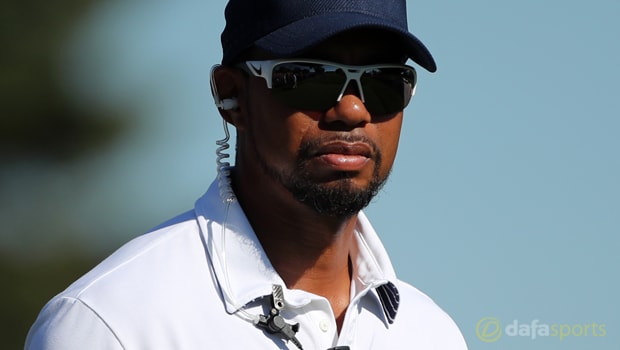 Tiger Woods has been cleared to resume playing golf according to his agent Mark Steinberg.

The 14-time major winner has been dogged by back problems in recent years and he has not played competitively since withdrawing from the Dubai Desert Classic at the start of February.

Indeed, the 41-year-old underwent a fourth back operation in April and he admitted last month that it was possible he may never be able to return to the professional circuit.

However, the prognosis now appears to be much more positive for the former world number one, with Steinberg confirming that he has been given the green light to resume full golfing activity.

“He got a nice report and is allowed to proceed,” Steinberg was quoted as saying by ESPN. “He can do as much as he needs to do.

Tiger is going to take this very, very slowly. This is good, but he plans to do it the right way.”

Steinberg has refused to put a time-frame on a potential return for Woods, insisting that the American is simply going to take things a day at a time. “We have not even talked about it,” the agent added.

“We will see what each day brings, what each week brings.”

Should Woods return to action soon then he could be in contention to compete at the first major of 2018, The Masters, which is due to take place in April.

Woods is a four-time winner at Augusta and he is priced at 81.00 to secure another success at the famous venue next year.