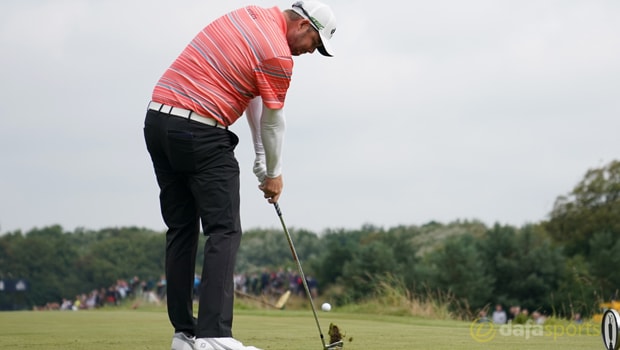 Australia’s Marc Leishman insists he will not be getting too carried away after he ended the third round of the AT&T Byron Nelson in a share of the lead with Aaron Wise.

The duo will start Sunday’s final round on 17-under par and they share a four-shot advantage at Trinity Forest near Dallas.

Leishman started the event with a 61 on Thursday to open up a three-shot lead with the majority of the field having struggled to catch him since then.

However, Wise’s 63 on Friday gave the PGA Tour rookie a chance and he levelled matters at the top of the leaderboard on Saturday after carding a 68 to Leishman’s 69.

The chasing pack will be perhaps more hopeful than confident of making a decisive impact and they are led by Matt Jones and Kevin Na on 13-under-par, four shots adrift.

American duo Jimmy Walker and Brain Hay are also in contention on 12-under and Leishman is ready for a final-day battle.

He told the PGA Tour: “Some days of golf tournaments funny things happen and you have to stay right in it, stay in the moment, not get ahead of yourself.

When you start getting ahead of yourself, that’s what gives those guys behind chasing a chance.

“You can’t let a bogey turn into two or three bogeys. You got to get over it and fight. That’s probably the biggest thing.”

Leishman is as short as 1.91 to win this weekend, while Wise is 2.60 to claim his maiden title.