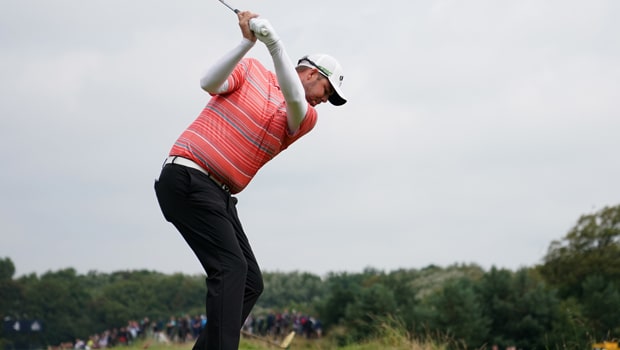 Marc Leishman is determined to end his long wait to win a big tournament on home soil when he represents Australia in this week’s 2018 ISPS HANDA Melbourne World Cup of Golf at The Metropolitan Golf Club.

The 35-year-old world number 21 enjoyed plenty of success in Australia as an amateur, with five wins on the Von Nida Tour, but he has been unable to taste victory on the PGA Tour of Australasia.

Leishman took his tally of wins on the US PGA Tour to four when he claimed the CIMB Classic last month, while he also triumphed in the Nedbank Challenge in the 2016 season. And going into the World Cup of golf alongside partner Cameron Smith, Leishman is now looking for that first elusive win in front of his home fans.

“As an Australian golfer I would say there’s a little hole in there,” he told the European Tour website.

“I think early in my career I probably relaxed a little bit too much when I was back in Australia, which is pretty easy to do. Not that I wasn’t determined then but I’m really determined to play really well here this week and try and win the World Cup with Cam. That would be huge.”

Smith, who claimed the Australian PGA Championship last season, was selected ahead of Adam Scott for the 2018 tournament. Scott won alongside Jason Day in 2013, while Denmark came out on top in the last World Cup in Melbourne two years ago.

Australia are 5.25 to provide Leishman with a home win this week, while the Danes are 13.00 to successfully defend their title.