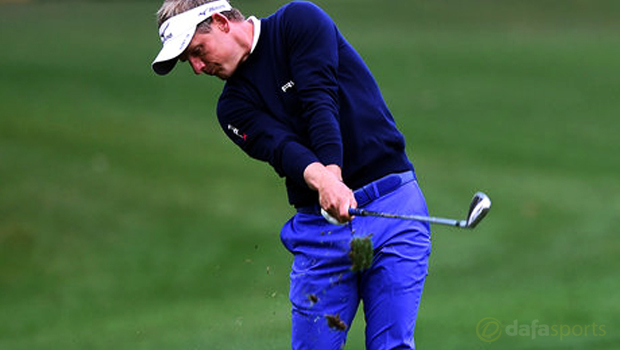 Luke Donald returned to form as he moved into a share of the lead after the first round of the RBC Heritage in South Carolina on Thursday.

The Englishman, who has slipped to number 95 in the world after a poor start to the year, carded a five-under-par score of 66 on day one, to move into a share of the lead alongside South African Branden Grace.

The former world number one shot six birdies and just one dropped shot during his opening round, as he bids to improve on a disappointing start to 2016, with his best finish since the turn of the year coming at last month’s Valspar Championship when he finished in a tie for 22nd position.

Donald has enjoyed success at the Harbour Town Golf Links in the past, as he has finished runner up in the event on three previous occasions in 2014, 2011 and 2009 and he confirmed he is enjoying playing at the venue once again this week.

He told reporters: “I do like this golf course. It’s not a bomber’s paradise, it’s a positional golf course, a classic golf course with small greens and you have to scramble well.

“I have some good memories and good mojo here, so it’s nice to continue that with a very solid round. I hit a lot of greens and a lot of fairways. I felt that way I didn’t have to work too hard to scramble, which at times you can around this place. But it was one of those good, solid rounds.”

Donald and Grace head into day two with a one-shot advantage from a group of four players, including world number one Jason Day, who only missed out on a share of the lead after bogeying his final hole.

Day is the 3.40 favourite to secure victory in the tournament, while Donald is on offer at 13.00 to claim his first victory on the PGA Tour since his success at the Transitions Championship over four years ago.