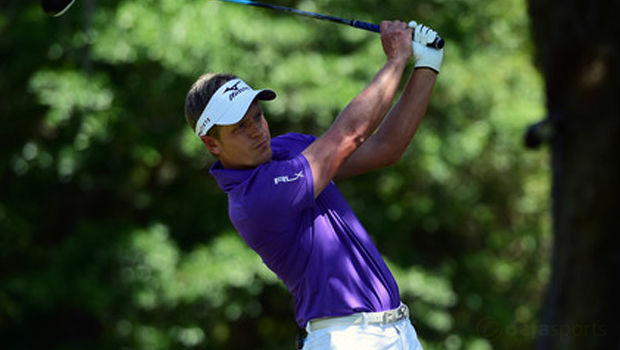 Luke Donald is in pole position to win his first PGA Tour title in over four years as he holds a one-shot lead heading into the final day of the RBC Heritage.

The Englishman began his third round one shot behind the overnight leaders, but he ground out an impressive two-under-par score of 69 in testing conditions to move into the outright lead on seven-under par.

The former world number one kept his errors to a minimum as he shot four birdies and two bogies, and he will head into Sunday’s final round one shot ahead of American duo Charley Hoffman and Jason Kokrak.

Donald has not won on the PGA Tour since he triumphed at the Transitions Championship in March 2012, but he has enjoyed previous success in South Carolina, as he has finished runner-up in the event on three occasions in 2009, 2011 and 2014.

The 38-year-old is hoping his past experience in the event can stand him in good stead heading into the final round, as he is the 3.25 favourite to secure overall glory on Sunday.

One man who is unlikely to challenge Donald for the title is world number one Jason Day, who had tied for the lead after the opening two rounds at Harbour Town Golf Links.

The Australian endured a torrid day on Saturday as he carded an eight-over-par round of 79 to move back into a tie for 40th position, nine shots off the lead.

Day is now an outsider at 151.00 to claim his third title of 2016, following on from his successes in the Arnold Palmer Invitational and the WGC-Dell Match Play.