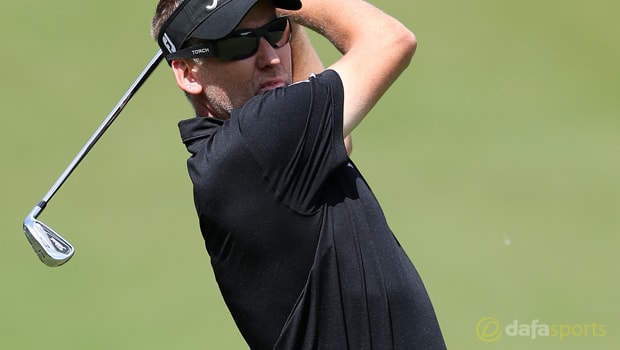 Ian Poulter is hoping to continue his recent upsurge in form by winning this week’s BMW PGA Championship at Wentworth.

The 41-year-old made a poor start to 2017 and thought he had lost his PGA Tour card after failing to make the cut as last month’s Valero Texas Open, only to be handed a reprieve when it was discovered he had actually earned enough points to retain his playing privileges.

From there, the Englishman finished as joint runner-up at The Players Championship and he admits that performance has given him renewed confidence ahead of this week’s tournament on home soil.

“I can’t emphasise how big a week it was for me at Sawgrass,” Poulter said.

“You know, from a perspective of a few weeks ago, having to sit down and try and work out some kind of a schedule, which wasn’t looking very good, there wasn’t any planning I could really do.

“So the change of playing well at The Players, to take care of my playing rights over there, to take care of a big move in the world rankings, that enabled me to travel back across the pond to play this week and also to be able to play a string of events in Europe this summer.”

Poulter is now targeting a victory at Wentworth Club as he bids to secure qualification for the second major of 2017, the US Open, which takes place at Erin Hills next month.

The world number 81 added: “Well, I’m hoping to win this week and then I’m in.

All good things come from winning golf tournaments so if I play well this week, and I win this week, then it takes care of that.”

Poulter is 41.00 to win the BMW PGA Championship as he chases his first success on the European Tour since victory at the WGC-HSBC Champions in 2012.