Hideki Matsuyama refusing to ease up

Posted by Jason Stepford on December 4, 2016 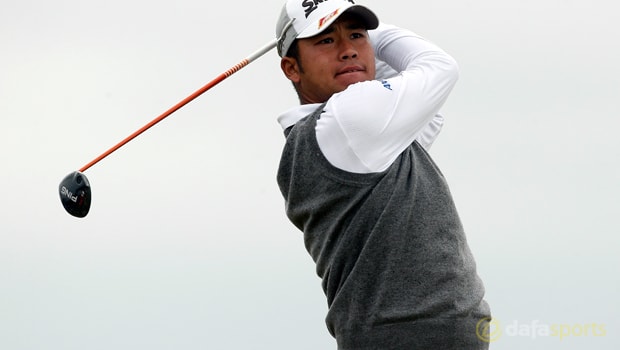 Hideki Matsuyama says he is guarding against complacency going into the final round of the Hero World Challenge despite holding a comfortable seven-shot advantage.

Matsuyama has been in scintillating form in New Providence this week and his performance on Saturday in tough winds showcased his qualities.

The world number six, who has won twice on the PGA Tour in 2016, made seven birdies, one eagle and two bogeys to sign for a superb seven-under par 65.

He has now streaked seven strokes clear of major champions Henrik Stenson and Dustin Johnson, who are sitting in joint second on -12 after respective rounds of 66 and 72.

The chasing pack will need an almighty collapse from the overnight leader but Matsuyama, who has already revealed his desire to break his major duck in 2017, is taking nothing for granted.

“I really can’t think about the lead because everyone in the field can shoot 8, 9 under,” he said. “So I just have to keep my head down, keep grinding and do the best I can.”

Matsuyama is the firm 1.10 favourite to lift the trophy while American Johnson and Sweden’s Stenson are priced at 12.00 and 13.00 respectively.

It was another positive round for the returning Tiger Woods as he signed for a two-under-par 70, leaving him in sole possession of 10th on -8.

The 14-time major winner made seven birdies, three bogeys and a double-bogey and he is currently 151.00 to make up the 11-shot deficit.

Americans Matt Kuchar and Brandt Snedeker are in share of fourth on -11 while compatriot Rickie Fowler is a further stroke off the pace.