Francesco Molinari ready to kick on in 2019 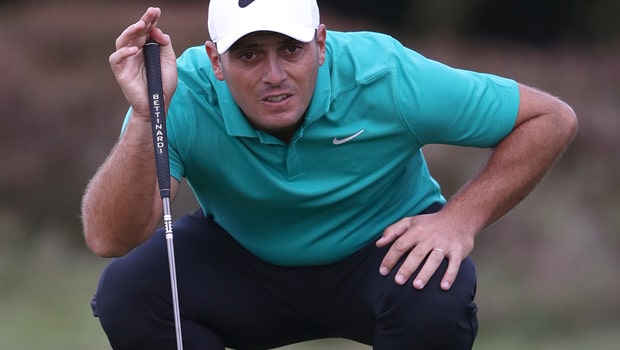 Italy’s Francesco Molinari says it will be difficult to replicate his level of performance next year after been named European Tour Golfer of the Year following a memorable 2018.

The 36-year-old was handed the award on Monday night after a thrilling last 12 months. Molinari picked up the gong for the first time after winning The Open, PGA Championship and Race to Dubai.

He took his tally to nine professional wins, while the Turin-born star also helped Europe clinch the 2018 Ryder Cup in Paris.

Molinari secured five points from as many matches, becoming the first European player in history to win all five of his matches, while his partnership with Tommy Fleetwood in France will go down in golfing folklore.

Having seen his stock rise dramatically over the course of the year, the fan favourite is hoping to continue his form into 2019.

“Like a lot of things, I probably never dreamed of this at the beginning of the year, knowing what kind of players there are now on the European Tour.

So I’m very, very proud. It’s a reflection of how good the year’s been and I’ll try to do it again next year. “I’m very proud of the trophies but even more of the level of golf I’ve played throughout the summer.

“The start of the year was good but not as good obviously as what was to come. From the win at Wentworth it seemed to click and I think I got to a level of performance that I had never reached before.

“I know how hard I worked to get there so I know it won’t be easy to get there again but that has to be the goal going forward.”

Molinari is now fine-tuning his game ahead of the new year and he is 41.00 to win The Masters in April.