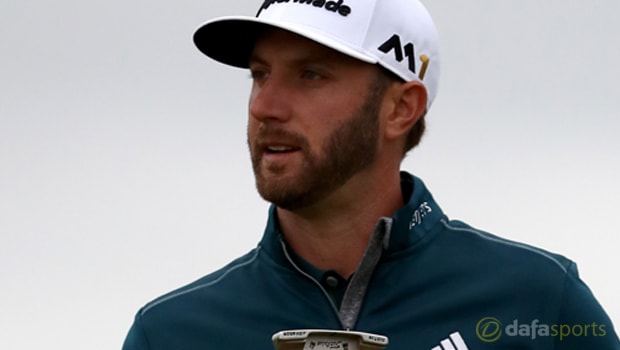 Dustin Johnson says he isn’t expecting to get back to winning ways immediately after his return from injury but he hopes to reach top form going into the US Open.

The world number one sustained a back injury on the eve of The Masters and as a result had to miss the first major of the year.

Johnson will make a competitive return at the Wells Fargo Championship this week but the 32-year-old isn’t expecting to challenge for the title.

However, he hopes he has rediscovered his best form ahead of his US Open defence next month.

He told the Golf Channel: “I’m good to go. I haven’t practiced much the last few weeks, obviously I had to rest and it was sore for a while – a lot longer than I thought it would be.

“But I practiced a little bit last week and am looking forward to getting back out here and playing again.

I don’t really have much expectations but I’m feeling good, I feel like I am swinging really well so we’ll just have to see what happens.

“It was tough to watch (the Masters) but I couldn’t do anything else – I was still laying on the couch.

I wanted to be there playing, I was playing the best golf of my career leading into the Masters so I didn’t want to watch it on TV, but things happen and I’m back out here playing now.

“I’ve got a good few weeks coming up and then the US Open so I’ve got a lot of tournaments ahead of me.”

Rory McIlroy is 9.00 to land the US Open title and Sergio Garcia is 23.00 to back up his win at Augusta with a second successive major at Erin Hills in Wisconsin.