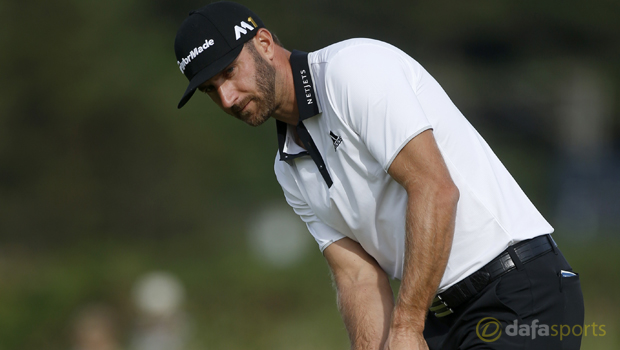 World number two Dustin Johnson will take a three-shot lead into the final round of the BMW Championship in Carmel, Indiana after producing more stunning golf on Saturday.

The American, who won the US Open earlier this year, was able to defy the windy conditions to put the pressure on the rest of the field.

Rain from the first few days of the tournament caused him problems on the greens at first as he started with a bogey. He then made two birdies on the front nine, before picking up another four on his way into the clubhouse.

Johnson made one more bogey to sign for a 68, but it was enough to sit three shots in front of England’s Paul Casey, who also produced a four-under par round.

Casey, 6.00 to win the event, is one shot in front of JB Holmes who sits alone in third on 14-under par, with fellow American Roberto Castro two shots further back in fourth.

Johnson has continued to look good off the tee but his putting has improved thanks to a new club.

Despite enjoying a solid year, the 32-year-old admits he needed to try something different on the greens, although he is also hoping to improve his iron game.

He told the PGA tour.com: “I was struggling to get the ball consistently on the line that I was looking at.

I was working really hard on it and it just felt like it wasn’t getting any better, so that’s why I changed.

“I feel like the wedges are pretty good, but my mid-irons aren’t quite as sharp as they usually are.

But I feel like I’m driving it really well and wedging it pretty good.”