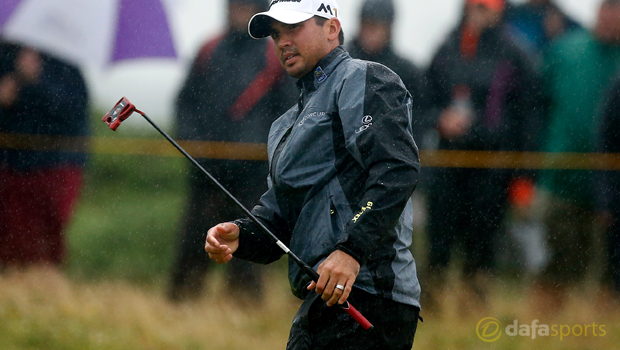 Defending champion Jason Day admits he has limited expectations ahead of this week’s PGA Championship.

The world number one won his maiden major title at Whistling Straits 12 months ago, but his preparation for this year’s event has been disrupted, as both of his children have been unwell this week, while his wife, Ellie, suffered an allergic reaction on Tuesday.

Day, who is also struggling with illness ahead of the tournament at Baltusrol Golf Club, admits that his lack of preparation time means he has limited expectations going into the event.

He said: “I was always going to take Monday off and Dash and Lucy [his children] are sick right now and Dash passed that on to me a little bit.

I’m just a little bit under the weather.

“Then Ellie had an allergic reaction and had to go to the hospital. We were there until 2am or something like that. So I’m kind of running on E [empty] right now.”

“With the limited practice and limited prep that I’ve had this week, I’m not coming into this week expecting a lot.”

The 28-year-old will play alongside Phil Mickelson and Rory McIlroy during Thursday’s opening round in New Jersey, and he admits the competition is tougher than ever, as he bids to claim his second major title.

He added: “Once again, the competition has got tougher.” Day is available at 11.00 to successfully defend his title, while he is on offer at 17.00 to be leading the event after Thursday’s opening round.