Canadian Adam Hadwin moves into the lead in California 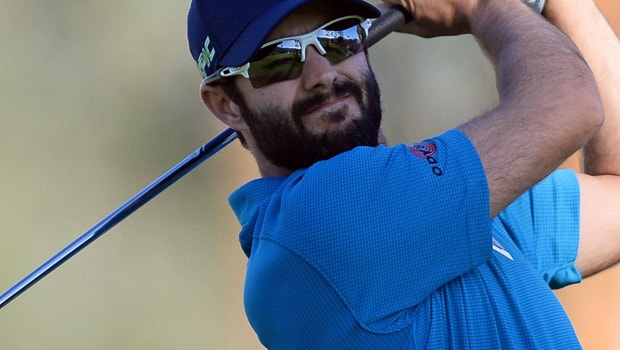 Canadian Adam Hadwin became the ninth player in PGA Tour history to break 60 as he claimed a one-shot lead going into the final round of the CareerBuilder Challenge.

American Justin Thomas fired a round of 59 in Hawaii earlier this month and Hadwin followed suit as he hit 13 birdies in a bogey-free effort at La Quinta Country Club.

He climbed 48 places on the leaderboard after firing home six successive birdies from the second hole and the 29-year-old then converted five more in a row from the 11th.

At the 18th, he missed the green with his approach but managed to get up-and-down for a 59 after holing a three-footer.

Hadwin faces a nervous battle on the final day and he will be hoping to beat his best-ever finish on the PGA Tour after his tie for fourth at the Canadian Open six years ago. Speaking after his round, he told reporters: “I got away with a few shots on the back nine.

For whatever reason, I was making every putt I had. I haven’t felt anything like it. “Once the putt rolled in on 17 that helped.

I knew what was at stake and the last thing I wanted to do was miss a three-footer for 59. Everybody talks about being in the zone and it being your day – it was my day.

“It’s my first event of the year, so it’s exciting to get the nerves back again and have a chance to win a golf tournament.”

Dominic Bozzelli is one shot behind Hadwin on 16-under, while Hudson Swafford, Brian Harman, Bud Cauley and Chad Campbell are all tied in third two shots behind Hadwin.