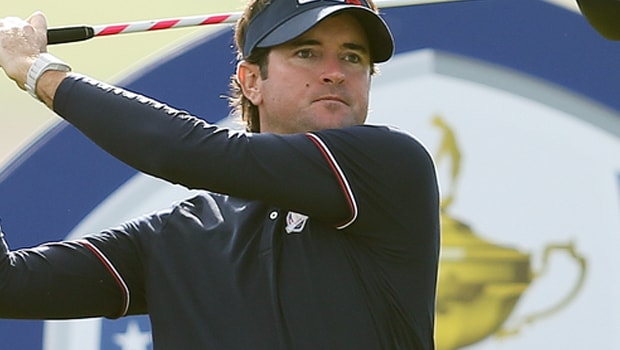 American Bubba Watson moved into contention ahead of the final day of the A Military Tribute at The Greenbrier.

The 39-year-old has enjoyed a fine season so far after already winning three events on the PGA Tour.

His round of 65 on Saturday moved him 18 places up the leaderboard and he will start the final round in a share of sixth.

Watson is tied alongside countryman Joel Dahmen and India’s Anirban Lahiri on 11-under and they are just three shots off the lead.

Kelly Kraft bogeyed two of the last three holes to drop into a share of the lead with Harold Varner III.

Varner III shot a bogey-free 66 but overnight leader Kraft had been expecting to stay clear in front before some crucial errors towards the end of his round.

Defending champion Xander Schauffele, 4.50 to win, is also in the hunt and he is just one shot behind the leading duo alongside Kevin Na.

Sam Saunders sits alone in fifth, although Watson believes he has what it takes to win, which can be backed at odds of 8.50.

“This was good, just because the wind picked up today,” he told reporters.

“The wind was swirling every direction, and I know how difficult it is.

“So me moving up the leaderboard is what I had to do to have a chance on Sunday. It’s a big day tomorrow, and I could have another chance for a trophy.

“I’m still not comfortable on the greens. I left a couple putts from inside 15 feet dead in the heart short.

Maybe three today. So even though I made a lot of birdies there was a couple, one extra roll and I would have made a couple more.

“But like I said, it’s my own frustrations. The score is great, but I want to be lower because I want to have a chance to lift that trophy.”