Brooks Koepka – ‘Everything seems to be going right’

Posted by Jason Stepford on February 2, 2015 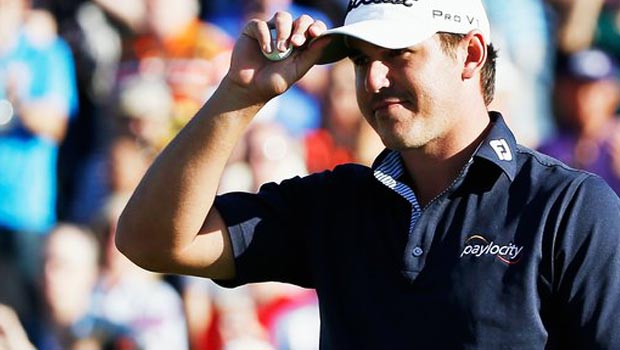 American Brooks Koepka believes his new approach to putting was the difference as he secured his first PGA Tour title at the Phoenix Open.

Koepka started the day three shots behind Martin Laird who was the overnight leader at the start of the final round of Sunday.

The 24-year-old made his move when it mattered as he carded three birdies and an eagle in the final round. His 67 in the final round put the pressure on Hideki Matsuyama, Ryan Palmer and Bubba Watson who all finished one shot back in a tie for second.

His 51-foot putt at the par five 15th raised plenty of eyebrows as his eagle pushed him clear but he admitted after his new approach to putting has paid off.

“It feels amazing,” Koepka said. “The last few weeks I’ve put in a lot of hard work, changing my putting stroke completely and everything seems to be going right. I’m happy to get the win.”

Matsuyama could have forced the tournament into a play-off but his putt fell short of the hole.

Laird’s round collapsed after three solid rounds over the weekend. He bogeyed the 17th and dropped two more shots on the final hole as he found the water with his drive.

Jordan Spieth was five shots off the pace but he was also happy with his putting.

“The goal was to get to ten-under,” Spieth told Sky Sports. “Five birdies and no bogeys, just a clean card, I’d have been really happy with, so six-under I was very pleased with for the first one back in a very long time.

“Probably my biggest improvement of the year was in my putting, so this year I’m just trying to continue to work on it, do the same things I did last year and try to get even better.”