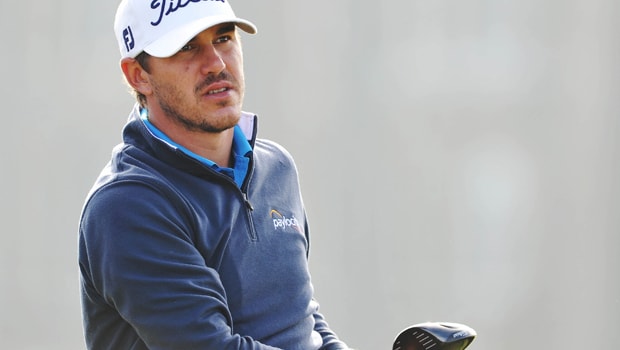 Brooks Koepka saw off the challenge of Tiger Woods to win his third major title at the USPGA Championship on Sunday.

The American went into the final day at Bellerive Country Club holding a two-shot lead over the chasing pack, but he looked in danger of squandering that advantage when he carded two consecutive birdies during his front nine.

However, the 28-year-old recovered from that setback and did not drop another shot during his round as he signed for a final round score of 66 that took him onto 16-under-par for the tournament, two shots clear of nearest rival Woods.

Woods had been looking to end his decade-long wait for a 15th major title, but, despite carding a round of 64 (his best ever score on the final day of a major), he ultimately came up short.

Australian Adam Scott was also in contention for glory on the final day, but he had to settle for third-place on 13-under, while Stewart Cink and Jon Rahm finished two shots further back in a tie for fourth.

It was Koepka’s day, however, and he has now won three major titles over the last two years, with the USPGA success adding to his back-to-back victories at the US Open.

The world number two also had to bounce back from a serious wrist injury he suffered at the start of the year and he admits that has made his latest victory all the sweeter.

“To go from not even being sure if I could play again, to playing this way, is absolutely mind-boggling,” Koepka said.

“My focus is so important. You’ve got to be patient, and that’s so important in the majors. When Tiger started making his run, it got loud. But it was fun, and enjoyable to play in front of fans who love golf. You guys are awesome!”