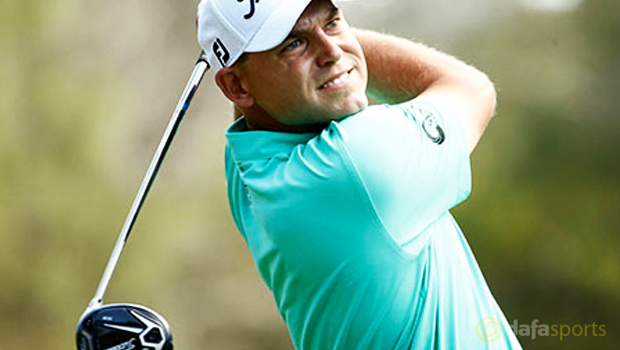 Bill Haas will take a one-shot lead into the final round of the Valspar Championship in Florida on Sunday thanks to a four-under 67 on Saturday.

The 33-year-old American, the son of nine-time PGA Tour winner Jay Haas, is looking to secure a first win of 2016, having enjoyed two top-10 finishes so far.

And he gave himself the best chance ahead of the final day’s play with five birdies to move to eight under for the tournament.

Haas pointed to his father’s help in getting him in contention after he joined him at Innisbrook earlier in the week.

He said: “He came up with the swing thought I’ve had for three days, and I’m leading. Without him coming down, I might not even have made the weekend. It was very valuable.

Meanwhile Canadian Graham DeLaet had an eagle and three birdies in a 68 to reach seven under and sits just behind Haas, while Ryan Moore and fellow American Charley Hoffman are at five under following respective third-round scores of 69 and 67.

Defending champion Jordan Spieth has recovered well from his disappointing opening round 76 by adding a four-under 67 to his 68 on Friday and sits six shots off the lead on two under.

The world number one said: “On this golf course, the leaders start getting four-to-five footers on greens that are a little inconsistent, who knows what’s going to happen.

“I really like the position we’re in. Obviously the lead would be better but we’ve got momentum on our side.”