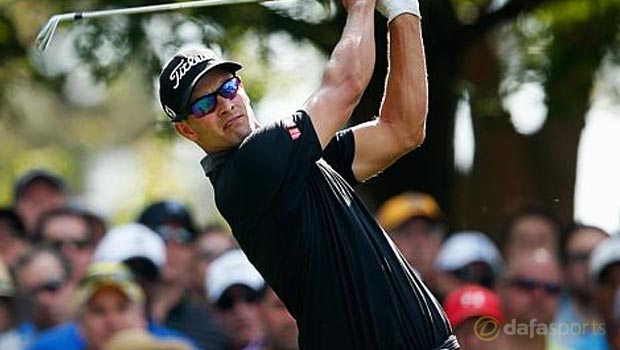 Adam Scott says he is happy to let the likes of Rory McIlroy and Tiger Woods have the media attention heading into the Masters.

The Australian broke his major duck to win the event back in 2013, but has been rarely mentioned as a contender heading into this week’s eagerly-anticipated renewal.

In contrast, both world number one McIlroy – who is the 7.00 favourite to complete the career Grand Slam at Augusta – and the returning Woods have been swamped by the media.

The most coverage given to Scott has been due to his decision to return to his favoured long putter, a move he hopes will give him more feel on the famously slick Augusta greens.

Having become a father earlier this year, Scott, who is 21.00 to win a second Green Jacket, has limited his time on the golf course, playing just three times in 2015, with his best finish a tie for fourth at the WGC-Cadillac Championship.

The 34-year-old admits he is enjoying being seen as an underdog going into the first major of the year and believes the lack of pressure could benefit him.

“I think it’s suited me nicely so far,” he told reporters. “Obviously I haven’t played lots of golf this year, and to kind of just go about my business the last couple weeks, and then come here for the last few days and get familiar with the golf course and feel comfortable and put everything I’ve worked on into practice out there has been nice.

“There’s big stories in golf this week, and I certainly am not missing being one of them at the moment. But hopefully that will change Sunday.”