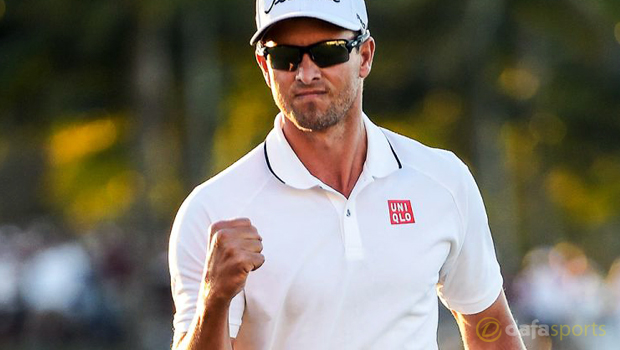 Adam Scott believes confidence is the key to success going into the season’s opening major championship this week at Augusta National.

Victorious in a play-off against Angel Cabrera three years ago, Scott stands alone as the only Australian to have won the Masters and donned the famous Green Jacket.

The former world number one has been right back to his best form in 2016 to date, winning the Honda Classic and the WGC-Cadillac Championship in back-to-back weeks.

As he prepares to return to Augusta for golf’s most iconic tournament, Scott says visualising success and genuinely believing you can attain it is of the utmost importance.

“I honestly feel you have to see it happening for it to happen and that was probably the difference in my career before I won a major,” Scott told Sky Sports.

“Then all of a sudden, I started playing better in the majors and eventually won the Masters because I started seeing it happening.”

Scott will be a popular pick for more Masters success this week given his current run of form but he is not the only big name arriving in rude health.

Defending Masters champion Jordan Spieth finished tied-13th at the Houston Open on Sunday while two-time Green Jacket winner Bubba Watson has also been revving up for Augusta in eye-catching form.

According to Scott, everything is in place for him to have a big week.

He said: “It’s hard to just find it on the week and find that confidence that you need to hold up to the four days of the tests of the Masters.

“So, preparations have been really good, confidence is high and it is up to me to execute now.”