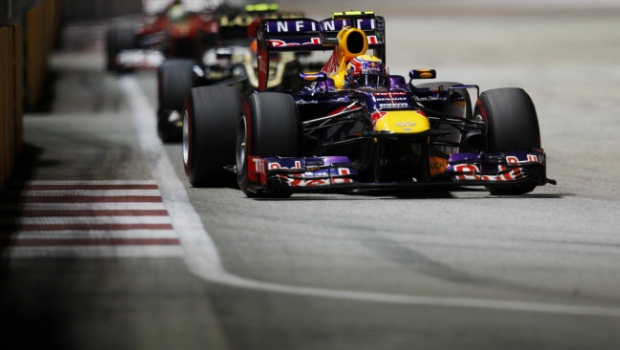 The Australian was given a 10-place grid penalty after he got a lift from Fernando Alonso’s F138 at the end of the race on Sunday.

The stewards explained in their statement after the race that Webber had been punished for “entering the track without the permission of Marshals”.

Footage showed both Mercedes cars having to avoid the Ferrari on the slow-down lap – Lewis Hamilton had to use the escape road while Nico Rosberg just missed Alonso’s car as he slowed down for Webber.

Webber took to his official Twitter account to make his opinions clear on the matter, which will see him start next week’s Korean GP with a 10-place grid penalty.

“For @alo_oficial and me to receive reprimands for our actions after the race it is comical to say the least. Great moment, and fans loved it,” said the Aussie.

“And while I’m at it, contrary to reports, there was no interaction at all with any track officials after we put the fire out.”

Some drivers have also spoken of their surprise of the decision, but Hamilton insists it could be done if there were safer measures put into place.

He said: “I was doing my in-lap and came round the corner and Fernando was there – I was really shocked. If Mark was walking across where I went, I would have run him over. Fortunately, that wasn’t the case.

“I think it’s good for fans to see but as long as it’s done in a safe manner, where we don’t stop on the racing line, maybe it should be allowed for the future.”