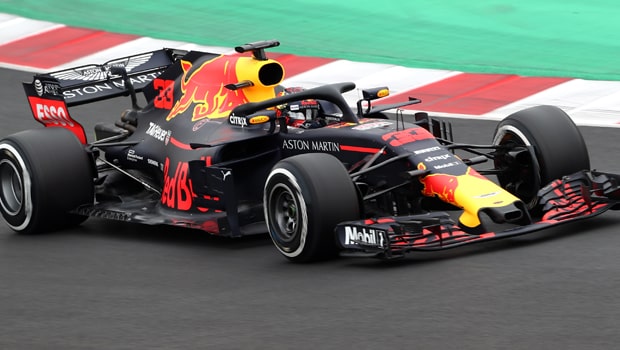 The 21-year-old Dutchman has proven to be one of the most talented racers on the grid since making his debut in Australia back in 2015.

However, his fledgling career has, at times, been overshadowed by moments of immaturity when on the track, leading to several costly accidents and tactical decisions.

Towards the back end of last season though, Verstappen’s performances dramatically improved, and despite Mercedes and Ferrari generally having the quicker cars, he managed a highly respectable fourth place finish in the Drivers’ championship, ahead of the Silver Arrows’ Valtteri Bottas.

With Red Bull having teamed up with Honda as their power unit supplier for the 2019 season, Verstappen is full of confidence he will finally have a car capable of challenging Ferrari and Mercedes on a regular basis.

“I think I can because I’ve done four seasons now, and Lewis, for example, was fighting for a championship in his first season,” he said on a title bid.

“Are you ready for it? You’re not sure. Was he? Maybe yes, maybe not. “But once you have that car underneath you, you are definitely going for it. “I think it’s never 100 percent clear if somebody’s ready or not.

“As soon as you have that car you’ve just got to drive it as fast as you can and if it’s the fastest car in the grid you are normally winning races or you are second.”

Punters can back Verstappen for a maiden title at 5.25, while Hamilton is 1.75 to claim a sixth crown with Sebastian Vettel 4.33.