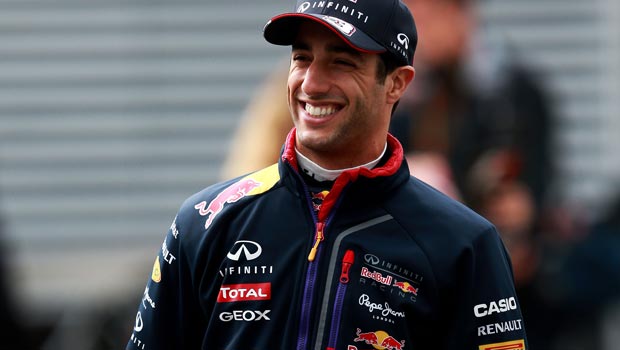 Daniel Ricciardo believes remaining patient will be the key to success at this weekend’s Singapore Grand Prix.

The Marina Bay street circuit is one of the most technical on the calendar and its use as a normal a road during the rest of the year means there are a number of inconsistencies throughout the track’s surface.

Ricciardo, who is 12.00 to win the race, has been the surprise package in 2014, as after being signed by Red Bull to work alongside Sebastian Vettel, he has outshone the four-time world champion, winning in Canada, Hungary and Belgium.

It means he now looks like the only man capable of stopping either of the Mercedes duo of leader Nico Rosberg or Lewis Hamilton from winning the world title, although his chances do appear somewhat slim as he is currently 72 points behind the German.

However, the track in Singapore does appear to suit Red Bull’s RB 10, with Vettel having won at Marina Bay for the last three years, and the Australian, who is 51.00 to finish the year as champion, believes staying calm will be vital.

“When you walk around on Thursday, the surface always looks pretty dirty,” said Ricciardo. “Modern street races like this tend to wash and scrub the track but even that doesn’t really change the fact that what you’re driving on is a public road with all the grit and grime and dirt that those have. It means you’re in for a slithery, bumpy weekend – which I love!

“The important thing in Singapore is to not get caught chasing the set-up on a Friday. The track is going to evolve; you’ve just got to be patient and let it happen without constantly tweaking your car, trying to hit a moving target.

“It’s one of those races where you’re never completely satisfied with the amount of preparation that you do.”