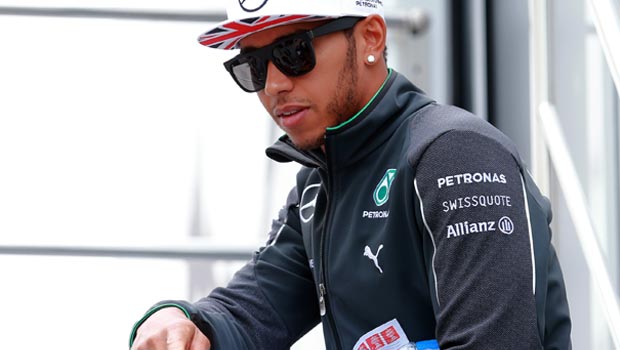 Mercedes star Lewis Hamilton insists he will head into the final GP of the season in Abu Dhabi in a relaxed mood, despite the fact the title battle is still very much alive.

The Briton leads team-mate Nico Rosberg by 17 points at the top of the Drivers’ standings, meaning he can finish second and still claim the Drivers’ Championship even if the German emerges victorious on the day regardless of the double points on offer.

Hamilton has been in a similar situation twice before, in 2007 he held a 17 point lead with two races remaining but lost out on the title to Kimi Raikkonen, despite the fact that there was a maximum of 20 points to play for in the final two grands prix.

In 2008 Hamilton did manage to claim the top prize, his only championship to date, thanks to an impressive overtaking manoeuvre on the final corner of the last lap.

“In those two years, as far as I can remember, I definitely felt the tension more over those two weekends,” he said.

“I know I am more prepared now than I have ever been. I am stronger now than I was then, both mentally and physically. It is different now and I hope that experience counts for something.

“Going into this last one, I don’t think there is a special recipe for it. I just have to go and do what I have been doing. I have to drive the way I have been driving in recent races because generally it has been good.”

Hamilton is 1.22 to win the Drivers’ Championship, while The Field is priced at 4.33, with Rosberg the only remaining driver who can overhaul his Mercedes team-mate at the top of the pile.