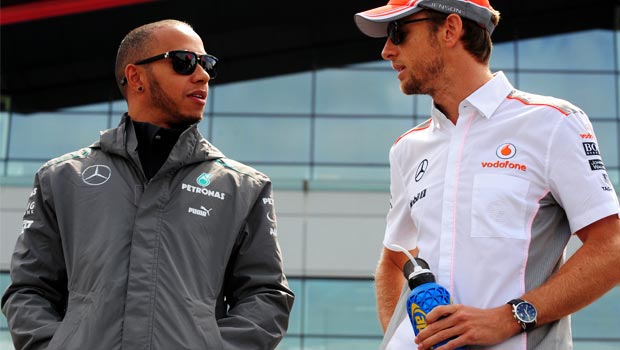 Lewis Hamilton has talked up his title chances ahead of the Bahrain Grand Prix on Sunday, but he admits the likes of Red Bull, Ferrari and McLaren could close the gap on his Mercedes team.

Mercedes have dominated in the early stages of the 2014 season following the sweeping regulation changes implemented ahead of the current campaign.

Hamilton won the 2008 Drivers’ Championship with McLaren but has been unable to add a second title to his trophy cabinet due to the dominance of Red Bull star Sebastian Vettel, who has won four consecutive championships following Jenson Button’s success in 2009.

However, with Mercedes now holding a significant pace advantage over their rivals Hamilton feels 2014 could be his year to claim another Drivers’ Championship.

Hamilton won the Malaysian GP convincingly last time out, having been forced to retire in the season opener in Australia, and the British star hopes he can pick up another win in Bahrain on Sunday.

“Without a doubt,” Hamilton told Sky Sports F1 when asked if 2014 offered him his best shot at adding a second title to his name.

He added: “I feel a lot more confident with this car. I was really struggling with the car last year. With this car, I couldn’t have asked for more – it feels part of my skin. It’s a car which has been built for me.”

Hamilton will start from second in the Bahrain GP as Nico Rosberg headed a Mercedes one-two in qualifying and the German could well be the 29-year-old’s biggest rival for the title this season, but Hamilton expects the other teams to close the gap on Mercedes over the course of the campaign.

He added: “It’s exciting but there’s a long way to go. I’m sure Red Bull will be adding pace, and Ferrari and McLaren will be coming back.”