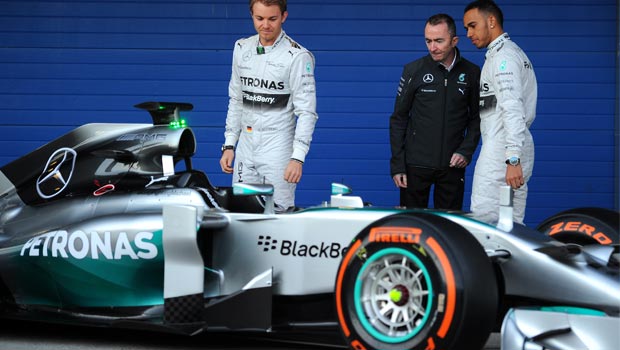 Mercedes have so far led the way in testing, while the likes of McLaren, Williams and Force India, who are also powered by the Mercedes engines in this new era for the sport, have been positive in comparison to the rest of the field.

Lowe’s sole focus is on his own team and the times of Lewis Hamilton and Nico Rosberg during testing in Jerez and again in Bahrain over the past week have left him feeling positive ahead of the season-opening Australian Grand Prix on March 16.

The third and final test of the winter begins in Bahrain on Thursday and Lowe is hopeful any small reliability issues can be rectified on the W05 car so they can then go to Australia feeling confident of making a strong start.

Lowe told Sky Sports F1: “The strongest teams out there are the Mercedes-powered teams. The Ferrari is also looking strong, so those are the people we are watching and trying to measure against.

“In this business, even after P1 and P2 on a Friday you can’t predict what the grid will look like, and so there are a lot of uncertainties. But we definitely feel we are quick and in contention to do very well in Melbourne if we can keep pressing further updates to the car and making sure it is reliable.

“In Formula 1, you have to enjoy the good days when things go well. We have had a good week, it’s gone better than we expected, and the drivers are very happy with the performance of the car and we have to keep building on that,” added Lowe.