Mercedes driver Lewis Hamilton keen to move on from Spa 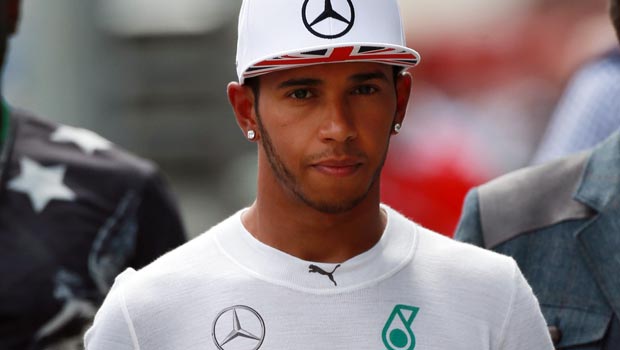 Mercedes driver Lewis Hamilton insists he will not dwell on the incident with Nico Rosberg at the Belgian Grand Prix last month.

The team-mates clashed at Spa after Rosberg’s front wing punctured Hamilton’s left-rear tyre, with the Briton eventually retiring late on as Rosberg went on to claim second place behind Red Bull’s Daniel Ricciardo.

The German now holds a 29-point lead over Hamilton at the top of the drivers’ standings with seven grands prix left in 2014.

Next up is Sunday’s Italian Grand Prix and Hamilton is eager to draw a line under the events in Belgium.

He told Sky Sports: “It’s not in my mind. I’m really excited about moving forwards, really energetic, I had a good couple of days’ break last week and I’m excited to be here, this is one of my favourite circuits.

“I hope that we can have a good weekend.”

Rosberg was hit by “suitable disciplinary measures” by Mercedes following Spa and Hamilton has now confirmed the pair are “free to race” although common sense must dictate on the track.

“I think that it’s just very clear that they don’t want what happened in the last race to happen,” added Hamilton.

“So it’s just another normal weekend for me and we’re just going to be pushing ourselves to move forwards.”

The race for the 2014 world title appears to be a straight shoot-out between Rosberg and Hamilton, with Ricciardo 64 points off the pace in third place, but Mercedes will not want in-fighting to allow the young Australian the chance to close the gap further between now and the end of the season.

Hamilton is 1.91 to win the Italian Grand Prix on Sunday.