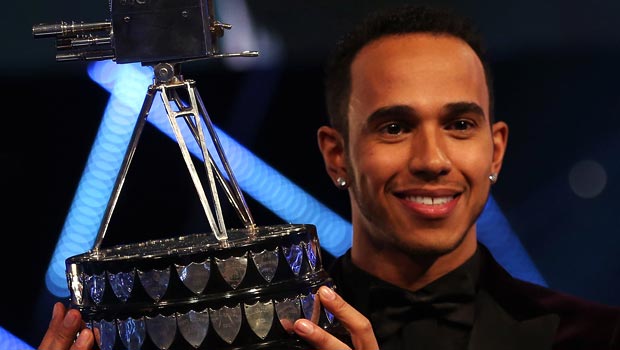 Lewis Hamilton has revealed that he has set himself the target of continuing in Formula One until 2021, when he will be 36.

The Mercedes driver, who was named the BBC’s Sports Personality of the Year on Sunday, believes the sky is now the limit for him after he clinched the second world title of his career in 2014.

The 29-year-old, who won his first title with McLaren in 2008, is still to sign a contract extension with Mercedes beyond next year, although discussions about a new deal have taken place.

Hamilton secured the title by winning the final race of the season in Abu Dhabi last month, eventually seeing off team-mate Nico Rosberg’s challenge after an incident packed and fluctuating year.

“This year has been by far the greatest year of my whole life. Everything from now is a bonus.”

During his eight seasons in Formula One, Hamilton has been involved in 148 races, securing 38 pole positions and winning 33 races.

As well as his two title triumphs, he also finished second in his first season in the sport, with McLaren in 2007.

Hamilton left McLaren at the end of the 2012 season and finished fourth in the drivers’ standings in his first year with Mercedes.