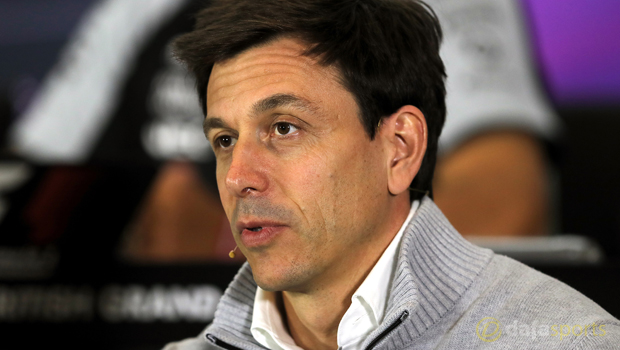 Mercedes chief Toto Wolff insists he was delighted to see the team claim a one-two finish at the Hungarian Grand Prix on Sunday as they tightened the grip on the title.

Nico Rosberg and Lewis Hamilton, who is priced at 1.25 to win the Drivers’ Championship, started first and second on the grid at the Hungarorig and the pair ensured they didn’t allow their dominance to slip.


Hamilton was quickest out of the blocks and passed his team-mate on Turn One to take the lead and he held on to that spot throughout the 70 laps on Sunday.

Rosberg had to contend with a brief challenge from Daniel Ricciardo but was ultimately too strong as he came home second and left the Red Bull man to claim third.

Red bull and Ferrari have often been the better performers in Hungary with Ricciardo winning in 2014, Sebastian Vettel took the chequered flag for the Italian team in 2015.

Wolff was pleased to see his men add to their impressive record this term and talked up the way they were able to control the race so comfortably.

“We’re delighted with today’s result,” said Wolff. “To take a one-two finish at a circuit that hasn’t been so good to us in the past two years is really satisfying.

“This place has been Red Bull and Ferrari territory, so it just shows what a great place we have got to with our chassis and engine package that we were able to take such a strong finish and control the race like we did.”

The Mercedes chief admitted that the result relied heavily on tyre management and believes the drivers executed their instructions perfectly.

He added: “It was a race that needed a lot of management and we had told the drivers all weekend that winning would depend on making the tyres last.

“They both did this really well – though when things got a bit close for comfort in the second stint, we asked Lewis to pick up the pace and he responded well to build the gap we needed after Red Bull rolled the dice with Ricciardo’s strategy.”