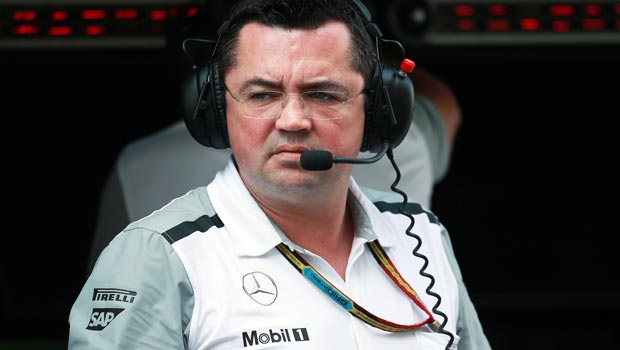 McLaren Racing Director Eric Boullier claims their new partnership with Japanese engine manufacturer Honda ahead of the 2015 Formula One campaign has “huge potential”.

Their first partnership, which ended 22 years ago, was a huge success and the hope is a new link-up will see McLaren force their way back into the world championship challenge after several years in the wilderness.

The new MP4-29H did encounter some teething trouble on its debut on day one of the Abu Dhabi test at the Yas Marina Circuit on Tuesday when it only managed three laps of the circuit.

McLaren’s reserve driver Stoffel Vandoorne was also forced to abandon the car on the side of the track on his second run because of ‘a fuel/data exchange issue’.

The remaining time in Abu Dhabi will be used to complete systems checks and bed in their new operational structures, while Boullier is looking for the brand-new turbo power unit to compare favourably when up against rival engines from Mercedes and Renault at the three pre-season tests in February.

The Frenchman told F1’s official website: “Just from the numbers that I know, there is a huge potential. The commitment of Honda is absolutely huge and we have a very good preparation strategy, so we are on a good path.”

Boullier insisted that they had to end their two-decade partnership with Mercedes, because he insists the key to winning Formula One titles is being an engine manufacturer’s main focus.

He added: “To win a championship you will have to be a works team.

“This is such complex machinery now – and there is so much more to come in the next few years. There will be a point where everybody will basically match the current situation, but for the following years there is so much to be developed.”