Formula One: Jean-Eric Vergne not concerned by Daniel Ricciardo 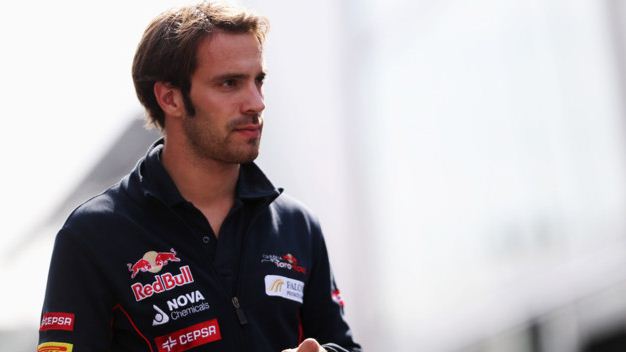 Jean-Eric Vergne says he will not be distracted by results of team mate Torro Rosso driver Danial Ricciardo’s results as they both try to secure an open seat at Red Bull.

Red Bull driver Mark Webber announced prior to the British Grand Prix that he would be retiring from the sport at the end of the season.

The opening with the Milton Keynes team has sparked widespread interest as to who will become the new team-mate of three-time world champion Sebastian Vettel.

Torro Rosso works as a feeder team for Red Bull and both Vergne and Ricciardo have a real opportunity to impress during the rest of the campaign to try and secure that position.

The two youngsters have both enjoyed good results so far this term and the balance of power continues to swing between them.

The Frenchman looked to be emerging as the stand-out man with back-to-back points finishes in Monaco and Canada.

However, the Australian responded well with a top ten in qualifying at Silverstone followed by an eighth-place finish in the main event last weekend.

Lotus driver Kimi Raikkonen still remains the hot favourite to succeed Webber, although the two rookies are doing everything possible to make a case.

Vergne said: “Of course, I would love to race for Red Bull Racing as they have the best car and, as a driver, you always want to be in the best car, but I am not thinking about next year.

He added: “I am thinking about the here and now and it is there where I want to do the best job possible. Then let’s see what happens. Something always good has happened to me by thinking in this way so I will stick to it.”