Mercedes: Lewis Hamilton tips F1 to take off in America 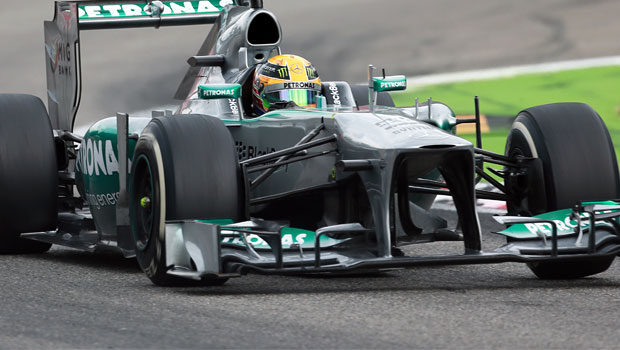 Mercedes driver Lewis Hamilton believes Formula 1 will be a success in America, as the teams prepare to travel to Austin for the second time this weekend.

Despite the sport having a long history in the USA, there are feelings that the sport needs to do more to break into the American market.

Last year’s race at Austin’s Circuit of the Americas was attended by 117,000 on race day but the prospect of adding a race to the calendar in New Jersey seem to have failed.

Hamilton tasted victory in the race last season and believes there is the required amount of support for the sport to grow Stateside.

“I feel like it can grow [in America],” he said. “The more I go to the States, the more I meet people who are crazy-passionate about it.

“I’d say more people than we probably realise love the sport. Obviously, most have grown up with NASCAR, with F1 new to many US motorsport fans, so it could take some time.

“But its popularity will grow and it will succeed in America.”

With Red Bull’s Sebastian Vettel dominating the podium this year, Hamilton is keen to defend his victory this weekend.

The 28-year-old said of last year’s race: “It ended up being one of those perfect weekends really, with my best memory that of hunting down Sebastian, catching him and overtaking him to become the first winner of the US Grand Prix in Austin.

“Now I’m looking forward to seeing if I can hold on to my title. It is extra special to me as it is the first new track where I have my name tagged to it for the first win.

“That is something that will go down in F1 history.”