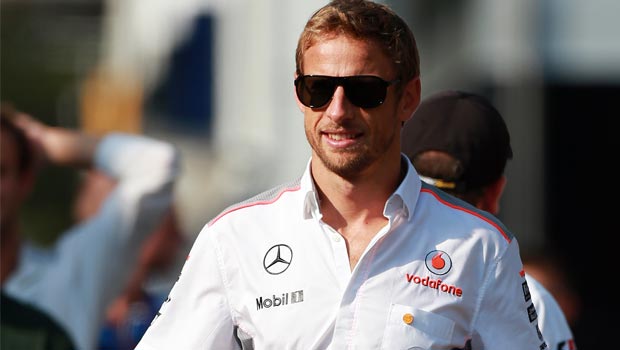 McLaren star Jenson Button believes Mercedes and Williams have emerged from pre-season testing as the strongest teams ahead of the new Formula 1 season, but he expects Red Bull to challenge for honours.

Red Bull have won both the Constructors’ Championship and the Drivers’ Championship in each of the last four seasons but have struggled ahead of the 2014 campaign following the sweeping regulation changes, with new 1.6 litre turbocharged V6 engines replacing the old V8s.

Mercedes have been the most impressive team in the three pre-season tests and Williams have also appeared strong.

Button, who was the last person to be crowned world champion prior to Sebastian Vettel’s unprecedented four consecutive titles, remains upbeat on McLaren’s chances but feels Mercedes and Williams are the current teams to beat.

He told Sky Sports: “It has been a messy winter for a lot of people in terms of mileage on circuit. The two that you would pick out that look strong and consistent are Mercedes and Williams.

“In a way it is not good when you are behind certain teams, but I am happy for Frank Williams that they have a competitive car so far this year. I think those are the two teams to beat right now.

“We didn’t have our upgrade on the car in testing – we did actually have it on, but we didn’t get to run it as we had a few issues – so for the moment we don’t really know where we stand.

“Those two are the teams that I think looked strongest over winter testing, whether that will be the case when we get to Melbourne [for the first grand prix of the season in Australia] – it is a very different circuit to Bahrain – we have to wait and see.”

Red Bull have struggled with reliability issues over the course of pre-season, but Button insists it is too early to rule out the reigning champions.
He added: “The Red Bull when it is running is very quick, so I don’t think we know at all.

“We tried to concentrate on ourselves during testing, but you can’t help but look at lap times and consistency through runs because you can normally tell what fuel people are running.”

When pressed further on whether Red Bull could bounce back, he said: “I think you will see them putting in very good laps in qualifying. Whether they can get to the end of a race or not, I don’t know.”

Mercedes are 1.88 to win the Constructors’ Championship, Williams are 26.00 and Red Bull are available at 4.50.