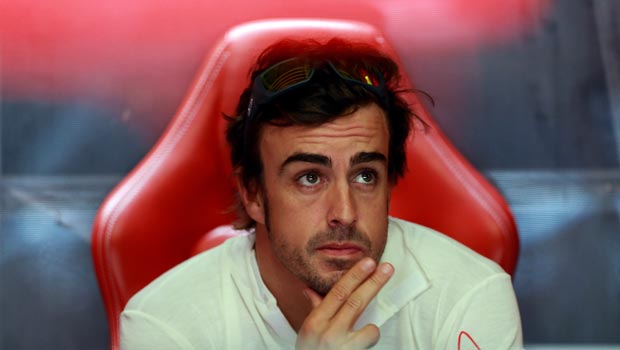 Fernando Alonso has accepted that it will be “very tough” for Ferrari to push for the Formula One titles this season, despite it being only four races old.

The Spanish two-time world champion has spoken out after claiming his team’s first podium finish of the year in Sunday’s Chinese Grand Prix in Shanghai.

However, with Mercedes coming out on top for the fourth successive race, including three straight one-two finishes for Lewis Hamilton and team-mate Nico Rosberg respectively, Alonso feels Ferrari have already got their work cut out to usurp them in the 2014 championship.

Rosberg leads Hamilton by four points at the top of the drivers’ standings, before a 34-point gap to third-placed Alonso, while Mercedes have a 97-point lead over Red Bull in the constructors’ championship.

Alonso said: “At the moment, it seems very far away because [Mercedes] have a big advantage and we need to work really hard if we want to have that possibility.

“There is nothing really special we can do, just don’t give up; we’re in the fourth race in the championship, there’s still a long way go but being super-realistic, knowing that the gap is very, very big it’s going to be very tough.”

Formula One is now in a break until Alonso’s home Spanish Grand Prix on May 11 and he will be looking to win it for a third time in his career. But he accepts that it will be difficult for Ferrari to make up sufficient ground on Mercedes in three weeks.

He added: “We will give 100 per cent again and we will fight – but in terms of result we need to remain very calm and see how development is these three weeks if we can bring some extra new parts”.

Alonso is 34.00 to win the Drivers Championship this year, while Hamilton is 1.46, Rosberg is 4.00 and reigning champion Sebastian Vettel is 11.00.