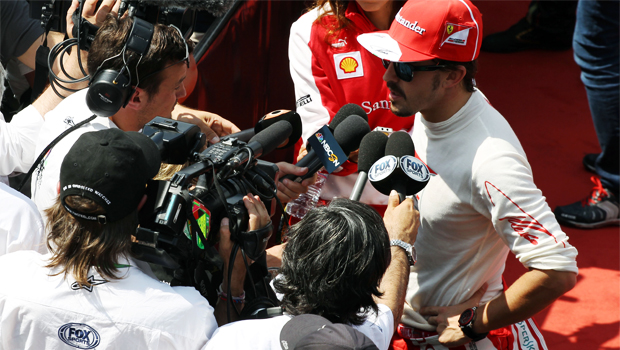 Ferrari have insisted there is no rift in the team following Fernando Alonso’s outburst after the Hungarian GP for his team to provide him with a better car for the rest of the season.

The Italian outfit responded to the Spaniard’s angry comments last weekend by issuing a statement calling the driver to account, saying now is the time “to put the interests of the team above their own” as both the drivers and the team attempt to close the gap in the F1 standings in the second half of the season.

Ferrari and Alonso stand third in the drivers’ and constructors’ tables after 10 races and face an uphill battle when the season resumes after the traditional three-week break to catch rivals Sebastian Vettel and Red Bull.

However, amid claims of a fall-out, the Italian marque say all is fine in the camp and president Luca Di Montezemolo’s comments should be used as a motivation for the rest of the year rather than a criticism.

Montezemolo had said: “This is the moment to stay calm, avoid polemics and show humility and determination in making one’s own contribution, standing alongside the team and its people both at the track and outside it.”

And, following that, a spokesperson has now told Autosport that Montezemolo shares Alonso’s frustrations over the car as they all aim to improve on what was a fifth-place finish for him at the Hungaroring on Sunday.

“Montezemolo is the first to support our driver’s call to improve the car’s competitiveness as quickly as possible,” the spokesperson said.

“He fully understands Fernando’s frustrations after what has been the most challenging race of the year. He is his chief supporter and has full trust in him.

“His words must be viewed as a positive injection. They were a boost in motivation to inspire the team and to be united toward our common objective.”

The next race in the F1 calendar is at Spa in Belgium on August 25.