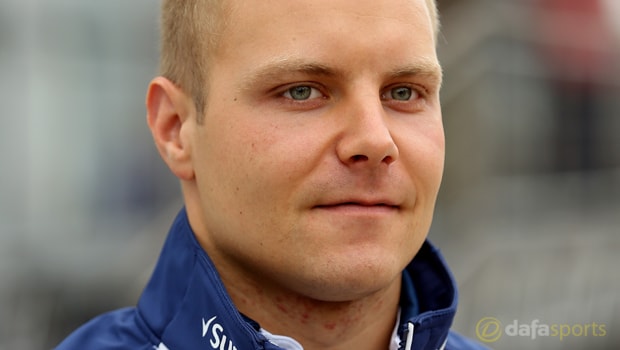 Valtteri Bottas admits claiming his maiden grand prix victory is his “first mission” for 2017 after his move to Mercedes.

The Finn had long been tipped to fill the seat vacated by world champion Nico Rosberg following the German’s shock retirement after winning the championship in 2016.

After weeks of negotiations, Bottas’ move from Williams was secured on Monday, with Felipe Massa returning to the Grove to replace him.

The 27-year-old has impressed since debuting in the sport in 2013 but, despite nine podium finishes, Bottas is yet to claim his maiden race win.

Mercedes’ dominance in recent years suggests he will get plenty of opportunities and although the Silver Arrows did not disclose the length of his contract, the Finn will know that taking the chequered flag on multiple occasions will only boost his chances of staying at Brackley.

Bottas is understandably excited about the new chapter in his career and is ready to do everything he can to break his duck, starting in Australia on March 26.

“We did the contract today and obviously I’ve been dreaming for a long time to drive for a team like this, a team of champions,” he said on Monday.

“I can’t wait to start working properly. There is still enough time until testing to get everything sorted.

My goal for the first race is to get all the points available that there’s absolutely possible in the car.

Bottas is 4.50 to become world champion in 2017, with new team-mate Lewis Hamilton leading the betting at 2.20 while Red Bull’s Max Verstappen is 4.00.