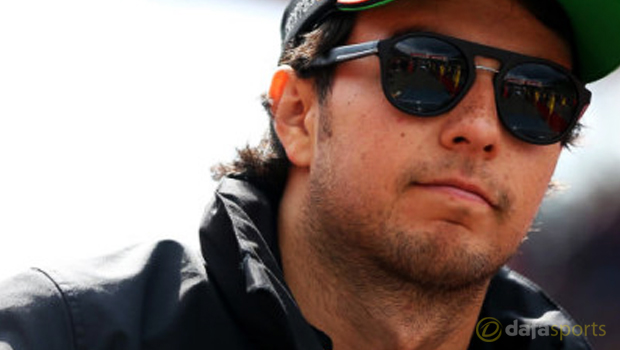 Sergio Perez has indicated that he could leave Force India at the end of the 2016 season.

The Mexican driver has spent the last three campaigns with the Silverstone-based outfit and has enjoyed a successful 2016 season to date, culminating in podium finishes in both the Monaco and European Grands Prix.

The 26-year-old is currently eighth in the drivers’ championship standings, after collecting 48 points from the opening 12 races of the season, and his impressive form has led to speculation regarding is future with Force India.

Perez admits that he does have some attractive options on the table, as regards to his next career move, but has not ruled out the possibility of remaining with Force India beyond the end of the current campaign. “I will have a break to reflect on what we [Force India] have done, ” Perez said.

“There are a couple of options, very attractive options, but I haven’t made my decision yet.”

Williams are one team that have been linked with a move for Perez, as Felipe Massa is expected to leave the British outfit at the end of the season, although they are also believed to be interested in signing former driver Jenson Button for the 2017 campaign.

Renault have also been accredited with an interest in Perez, who is 15 points clear of team-mate, Nico Hulkenberg, in the current championship standings.

It remains unclear if Perez’s future will be decided before the next race of the 2016 campaign, with the Belgian Grand Prix scheduled to take place at Spa on August 28.