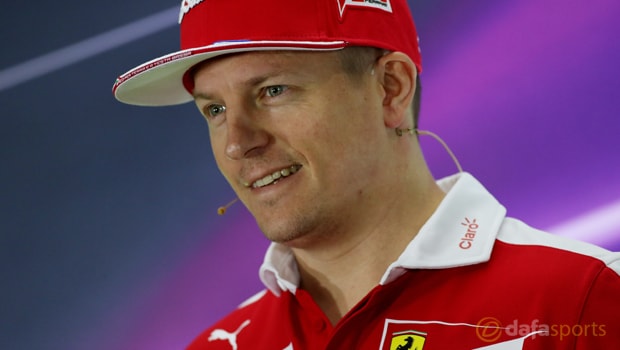 Ferrari’s Kimi Raikkonen is unhappy with the slow progress he has made during the opening weeks of the 2017 season.

The Finn is yet to secure a podium finish this term, claiming fourth place in both Australia and Bahrain, while he had to settle for fifth position in China.

The 37-year-old’s has had to watch team-mate Sebastian Vettel win two of the opening three races this season and he currently leads the Drivers’ Championship standings.

Raikkonen admits his start to the season has been far from ideal and he has been particularly frustrated by the slow progress he has made since the start of the year.

“To be honest, it takes way too long,” said Raikkonen. “We’re supposed to get it right straight away, and obviously we haven’t.”

Despite his frustrations, the 2007 world champion does believe there are reasons for encouragement following last week’s Bahrain Grand Prix, admitting that he now feels comfortable with the Scuderia’s new Ferrari SF70H car.

“I’m pretty happy with the car now,” he added. “I feel that we are doing the absolutely right things.

And in the race I felt the car was very good, but I made a mess in the first lap, putting ourselves in a difficult position.”

Raikkonen will be hoping for a further improvement during next week’s Russian Grand Prix, as he bids to help Ferrari build on their positive start to the season.

The Scuderia are currently three points ahead of Mercedes at the top of the Constructors’ Championship standings and they are priced at 2.63 to hold onto that position come the end of the campaign.