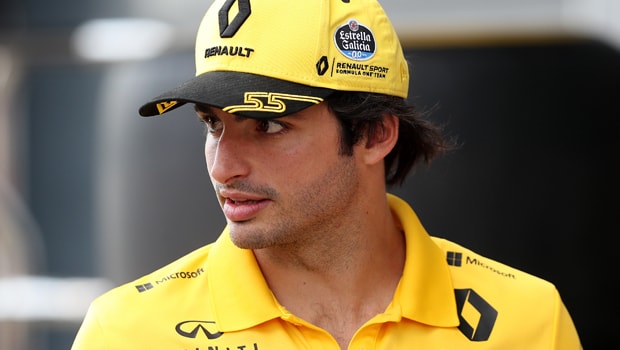 Carlos Sainz Jr is looking to sign off for the summer break on a high by delivering a good performance at this week’s Hungarian Grand Prix.

The Renault driver currently sits 12th in the Drivers’ Championship standings, but he has endured a disappointing run of form of late, as he has failed to finish in the points at any of his last three races.

The Spaniard does have an impressive recent record in Hungary, however, as he has secured a top-10 finish in each of the last two years and he admits he enjoys racing at the Hungaroring.

“It’s a very tight track, similar to Monaco in a way but obviously without the barriers. It’s a track I like, especially in qualifying, where you have to be on it,” Sainz said.

“A lap is very intense and busy with a lot of corner combinations you have to get right. It’s a difficult circuit to overtake, but turn one is probably the best opportunity.”

Sainz knows how important it is to get his season back on track quickly and he is determined to sign off for the summer break on a positive note.

“It’s the final race before the summer break, so it’s one we put a lot of effort into to finish on a bright note,” he added.

“This past month has been a challenge, but our focus is on this race and ensuring we are back in the points.”

The 23-year-old’s best performance of the season to date was a fifth-place finish at the Azerbaijan Grand Prix in April, but he is priced at 23.00 to secure a podium placing in Hungary this weekend.