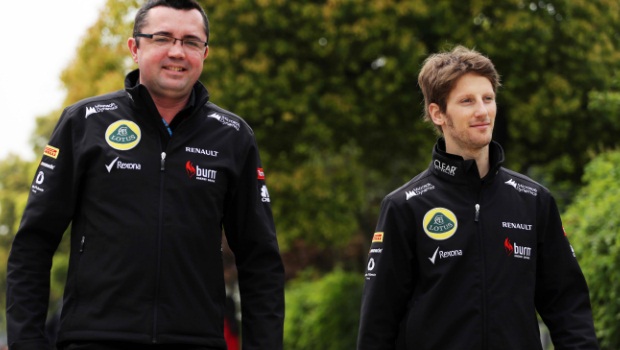 Lotus team principal Eric Boullier believes that his team can finish second in the Constructors’ Championship if they can carry on their recent run of form.

With just four races to go Lotus are currently fourth in the standings, lying 33 points behind second-placed Ferrari and 23 points behind Mercedes who are third. In the last two outings, Boullier’s team have worked hard to close the gap and the Enstone-based outfit have picked up 58 points, compared to Ferrari’s 23 and Mercedes’ 20.

Boullier is confident that if they can maintain their solid run, they can eventually finish in second place, although he admits that it will be difficult to perhaps pick up wins due to the dominance of the quicker Red Bull cars.

He said: “If we continue as we have done for the last few races, then mathematically second in the standings becomes a very attainable target. Of course, we all know that anything can happen in this sport, but second place would be an amazing result so we’ll push as hard as we can and you never know what might happen.

“We need points to help us with our Championship fight and you score the most points when you’re spraying the champagne! Of course, we want to be winning races and we’ll give our all whenever there is a sniff of victory, just like in Japan.

“There’s one fundamental problem with trying to win at the moment, and that’s the pace of the Red Bulls. We’ll keep pushing and if we can beat them again this year it would be a tremendous performance.”

There are four races left in the 2013 season with the next port of call being the Indian Grand Prix at the Buddh International Circuit from October 25-27.