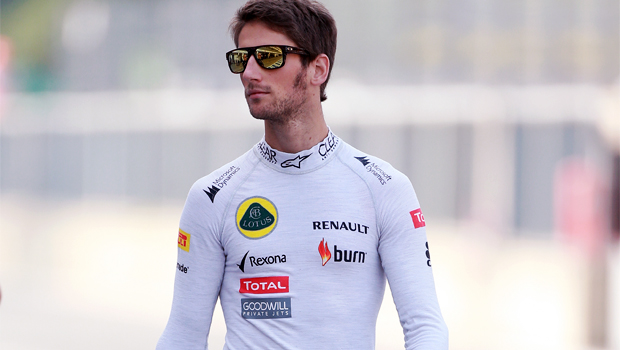 Lotus team principal Eric Bouiller challenged Romain Grosjean to prove he is capable of leading the team ahead of impending departure of Kimi Raikkonen.

The Finn recently announced he will be rejoining Ferrari next year, meaning the Enstone-based outfit are on the look-out for a replacement and Bouiller has hinted they could recruit a younger driver who they can develop for the future.

That would mean Grosjean could have the chance to lead the team in 2014, a position that would surely see his results dramatically improve as he wouldn’t have to worry about sacrificing his own chances to aid his team-mate.

The Frenchman has recorded podium positions in both Bahrain and Germany this year and is currently in good form ahead of this weekend’s Korean Grand Prix, having finished in the points in four out of the last five races.

He still lags behind Raikkonen in the standings and a poor finish to the campaign may persuade Lotus to employ another experienced driver for next term, a move that would once again restrict Grosjean’s chances.

However, Bouiller says the situation is in the 27-year-old’s hands and has challenged him to show he is ready to lead the team over the final six races of 2013.

“When you are a young driver and you are racing against Kimi and obviously the personality and charisma and results – it is good to grow up,” he told Autosport.

“But to stand up is more difficult, so now Kimi is leaving it is the right opportunity for Romain to show us what he can do.

“It is up to him. He did a good job in the last four races, nobody complains and I am happy, so he now needs to do the same, plus…”